PLANS to redevelop the Town Hall in Bexhill and construct a new Civic Centre have taken a step closer to becoming a reality. 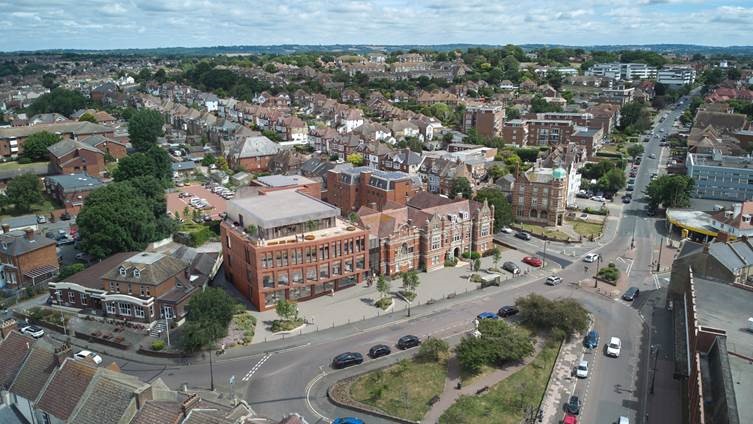 Proposals to refurbish the existing Town Hall building and build a new Civic Centre extension have been submitted to the local planning authority.

Rother District Council has been working on proposals to invest in and enhance the Town Hall site and will continue to work closely with the community of Rother throughout the project.

As part of the process, a further six-week online engagement on the principals of the scheme starts on Monday, August 15, where the public are encouraged to view the proposal and give their feedback.

Feedback from the engagement process will be monitored and considered by a small working group of councillors before being reported to the council’s Overview and Scrutiny Committee, Cabinet and full Council in October.

The Town Hall is an important asset of historical significance for Rother and the proposed refurbishment will maintain and restore its historic beauty.

The Civic Centre extension will have space for new businesses as well as modern, efficient meeting areas, a public café and landscaped courtyard.

The scheme, which is expected to cost £15 million, is self-funding and will be completed at no additional cost to Rother taxpayers.

Income will be generated from the new development by renting out the additional office space, as well as see significant savings made on energy and maintenance costs, which combined will be used to pay back the loan required for the construction.

Cllr Doug Oliver, leader of Rother District Council, said: “The proposed redevelopment of the Town Hall and construction of a new Civic Centre will have huge benefits to Bexhill and the wider Rother district.

“Rother District Council is committed to ensuring every penny of Council Tax goes into providing the best possible services for residents. This means not spending vast sums of money every year on energy and maintenance for a building that is not fit for purpose.

“The project will promote economic growth in the town centre area with the development of new central employment space, improved pedestrian access and space for new business tenants, helping to realise the area’s full potential as a place where people want to live, work and visit.

“We want to make sure that the public have ample opportunity to give their views as the scheme progresses and I would encourage everyone to view the proposal and give their feedback.”

The redevelopment will also improve the council’s overall energy performance. The Town Hall is over 120 years old and is one of the biggest contributors to the council’s carbon footprint. It is anticipated that the new development could reduce the authority’s energy usage by up to 80 per cent.

Cllr Oliver continued: “In line with the council’s Climate Emergency Declaration, sustainability is at the heart of the proposals and the environmental improvements will be significant, directly reducing the council’s carbon footprint.”