PROJECTS enhancing the lives of residents could benefit from a share of £130,000 thanks to a district-wide council grant scheme. 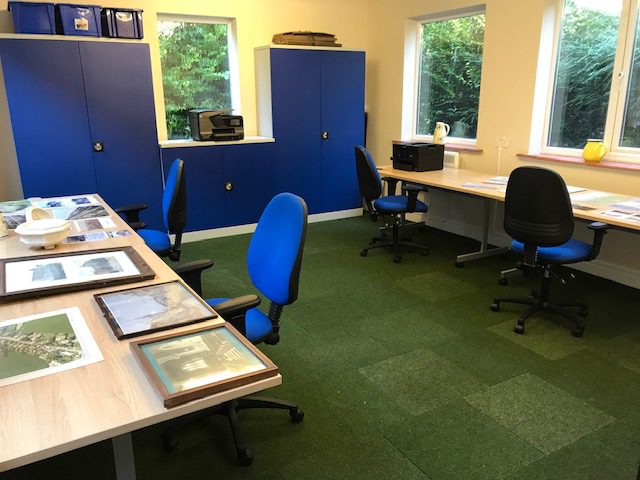 Community groups and organisations are invited to apply for funding from the first round of this year’s Community Grants Scheme when applications open on Friday, April 1, 2022.

Small project grants can be applied for, and are awarded, all year round while applications for medium and large grants are considered by the grants panel twice a year.

Most recently the scheme has supported many varied and wide-reaching projects including a grant of £3,000 to help secure a permanent home for the Archive Resource Centre in Pett, £6,153 to replace Battle Preschool’s ageing perimeter fence, and £6,000 to Bexhill Senior Citizens’ Club towards the refurbishment of the Club building.

The Archive Resource Centre (ARC) was established in 2019 as a community archive project for the parishes of Fairlight, Guestling and Pett, with the aim of collecting and making available photographs, documents and artefacts which tell the stories of the three adjoining parishes.

Helped by funding from the Community Grants Scheme, the ARC has now secured a permanent home at the Methodist Church in Pett, where a dedicated room has been fitted out.

David Breakell from the ARC, said: “The grants we received from Rother District Council were key to the launch of the Archive Resource Centre. Together with donations from the community and grants from a local charitable foundation, these awards made it possible for us first, to fit out and furnish the archive room and second, to commission the specialist software for cataloguing and digitising the archives themselves. Without the Community Grants, it would have been a much longer road.”

The Bexhill Senior Citizens’ Club has been serving the older generation in Bexhill for the past 60 years, but the Club building requires extensive repairs. The grant from the council’s scheme has gone towards the cost of badly needed window repairs and replacements.

“Our objective is to offer a venue that is warm and comfortable for senior citizens to meet, socialise and interact – cold and draughty does not encourage people out of isolation!  The support and help from the RDC team was exceptional – we cannot thank them enough.”

The perimeter fence at Battle Preschool was 25 years old, very dilapidated and beginning to be a safety concern. After securing grant funding the fencing was replaced last summer. A bespoke gate, made by a parent, has also been installed.

Manager of Battle Preschool, Carolyn Borthwick said: “We are so grateful to the Community Grant Scheme for the funding.  Battle Preschool is a Registered Charity and run by trustees as a not-for-profit preschool. Funds for repairs and renovation have to be fundraised for which is very challenging for a small charity.

“Thanks to grants from Rother District Council, Battle Town Council, the Foyle Foundation and the hard work of the parent fundraisers, we were able to get new fencing installed last summer.

“The trustees would like to thank the Rother Community Grant Scheme for their grant towards the fence.  We now have a safe and secure premises for the children to attend, and it looks smart too!”

Cllr Susan Prochak MBE, Chair of the Community Grants Panel, said: “Rother District Council started its Community Grants scheme in 2008 and in the time the scheme has been running, the incredible amount of £1.5 million has been paid out to local community groups and good causes.

“Sometimes just a small amount of funding can make a big difference to a local project and help get it off the ground.

“We really want to support as many groups as we can across Rother this year and I would encourage local charitable organisations, volunteer groups or community associations to speak to their local district councillor and see if they are eligible for a share of the funding pot.”

Applications for the medium awards (up to £5,000) and large grants (up to £30,000) must be received by Thursday, June 30. Applications will then be considered by the grants panel before recommendations are made to Cabinet in September 2022.

For more information and to apply visit www.rother.gov.uk/benefits-grants-and-funding/community-grants-scheme/