Bexhill’s oasis has been recognised as one of the country’s best green spaces for the tenth year running. 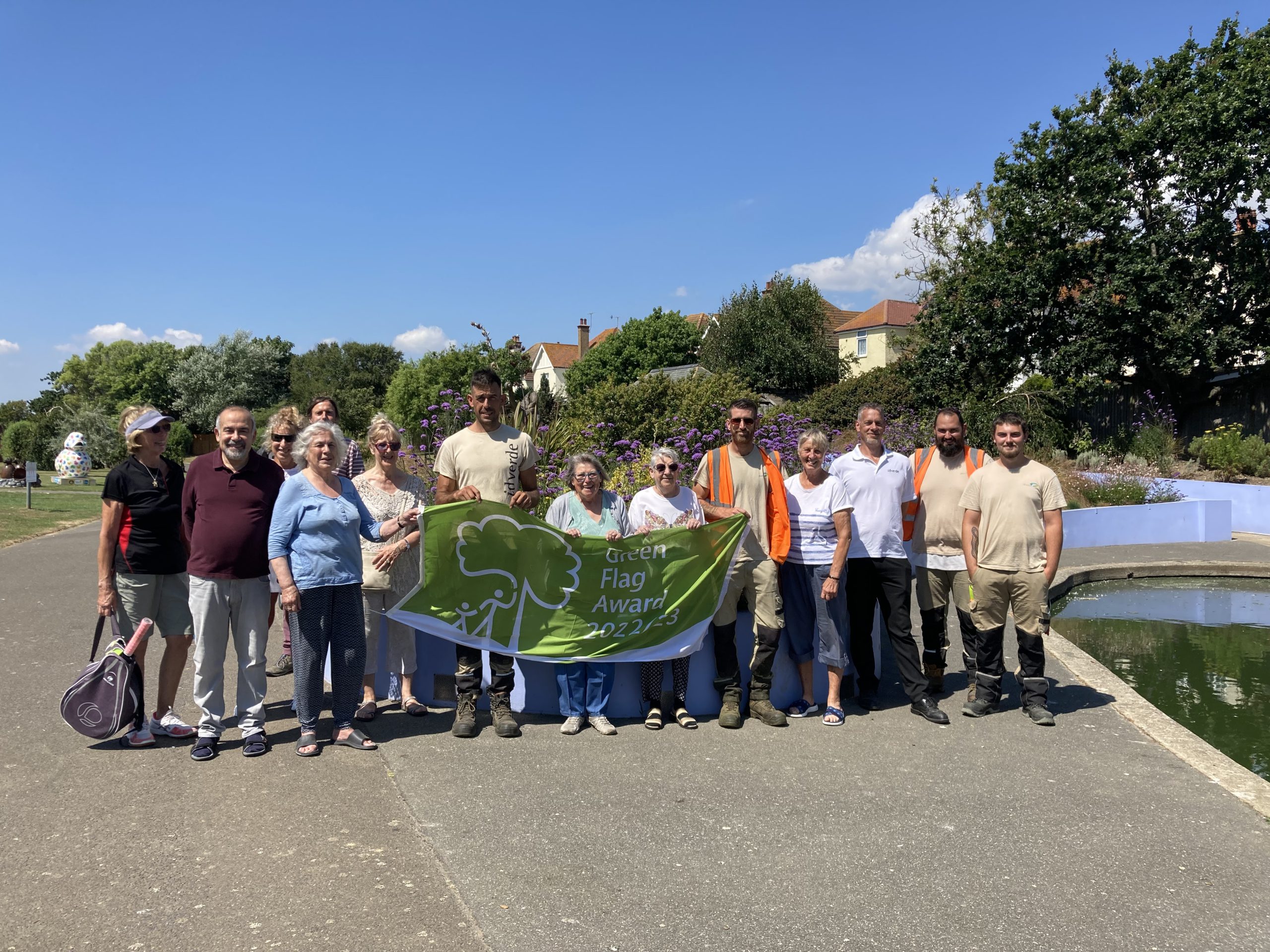 Egerton Park was again handed the Green Flag Award – an accolade for green spaces boasting the highest possible environmental standards, which are beautifully maintained and have excellent visitor facilities.

Cllr Hazel Timpe, portfolio holder for communities, culture and tourism at Rother District Council, said: “Receiving the Green Flag Award for the tenth consecutive year is an amazing achievement. I am delighted that the high standards maintained at Egerton Park have once again been recognised thanks to the work of our contractor idverde supported by Bexhill in Bloom volunteers and our officers.

“Egerton Park is an amazing space which is popular among resident and visitors, allowing people to play tennis, bowls, or just relax in beautiful surroundings.  My thanks go to everyone who puts in so much effort in making the park so special.”

Facilities include a children’s play area, refreshment kiosk, tennis, kickabout and pickleball courts, an outdoor gym and a bowls green, together with plenty of space for other activities and quiet relaxation.

Egerton Park was among more than 2,208 parks and green spaces in the UK and across the globe to be recognised by the Green Flag Award Scheme this year.

Keep Britain Tidy’s Accreditation Manager Paul Todd said: “I would like to congratulate everyone involved in making Egerton Park worthy of a Green Flag Award.

“Egerton Park is a vital green space for the community and this award is testament to all the hard work of staff and volunteers, who do so much to ensure that it maintains the high standards demanded by the Green Flag Award.”